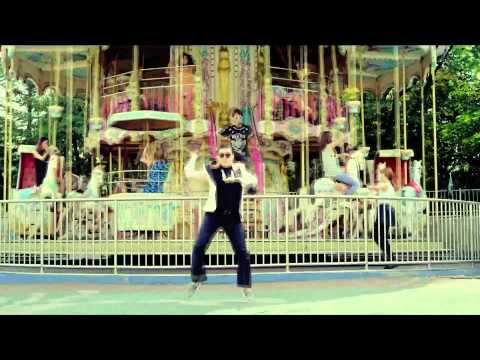 I was wondering how would a music video feel like without music. So I made this in about four hours. Enjoy!All credits are at the end of the video.-----Woke up and suddenly have to flip through 52 pages of comments. It's one of these mornings, isn't it...Thanks to all of you!

You might be helping me to get enough motivation to get back to making videos. I've read your comments and I'd like to clear some things up.I AM USING THE OFFICIAL ACAPELLA VERSION. On top of it, I added sound effects by other people (everyone is credited). That was the bulk of the work within those 4 hours. I used LMFAO as a kind of reference to the videos that used to pop up soon after the Party Rock Anthem m/v was released, with the shuffling combined with different songs. First time I've heard Gangnam Style, I thought of Party Rock Anthem - they are really, REALLY similar in style, and I think many people noticed that. So this was just another point to make. I think that was the best song to choose at the end. Also, the lack of sync was caused by some glitch in my editing software. There's a lot of small things which could be fixed, but for me, it was just another fun project to work on during the evening, so I didn't really bother.Thanks again! And yes, I might consider doing more of these, I WILL do some different stuff as well, so subscribe and see for yourselves of you're curious