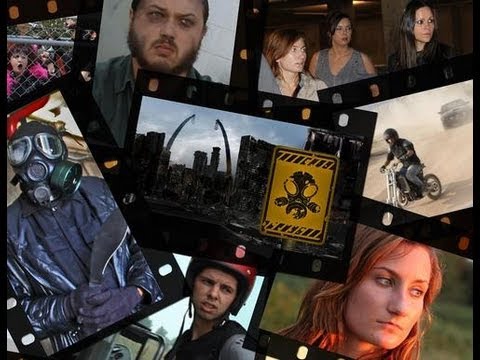 Now on AMAZON.com http://www.amazon.com/Dystopia-2013/dp/B0077U6KY6/ref=sr_1_1?ie=UTF8&qid=1365037519&sr=8-1&keywords=886470431823Watch our ZOMBIE MOVIE: http://www.youtube.com/watch?v=0_qlc2TwZ7UOfficial site: http://countzeecom.ipage.com/2013.htmlJohnno Zee FACEBOOK: http://www.facebook.com/ZomularJohnno Zee Website: http://countzeecom.ipage.com/LinkedIn: http://www.linkedin.com/profile/view?id=31997059&trk=tab_proContact filmmaker: Zomular@gmail.com ETERNITY MOTORSPORTS: http://countzeecom.ipage.com/EMS.htmlIMPORTANT: As of 4-1-13, over 500,000 people have enjoyed watching this film for free. If you watched the film and would like to 1.) buy a copy please go to 2013Movie.com or 2.) donate to help pay for the production costs/help fund the next film (and get an associate producer's credit in the film) please find the donate button at Zomular.US Thanks for supporting independent film! I'm driving a truck OTR to pay for the gear we made this movie with and to save up for the next one. If everyone who views this movie will donate $1, we will have another, even better movie by the end of the year! (PayPal email zomular9@aol.com THANKS!) Thanks to those who have donated, so far, a total of $100 through our Paypal donation button! These folks will be listed as associate producers on our upcoming film!!-Johnno Zee (writer/producer/director - filmmaker)Dystopia (2013) was first concieved back in 2009 when we were wrapping up our first film, zombie-fest Redneck Carnage. I felt that the basic apocalyptic concept could be taken in a good number of directions story-wise and felt that although the mood of the film would most certainly be dark that I could show the world that I could write dramatic material and that I wasn't limited to just writing slapstick.We spent 6 months worth of weekends in 2011 to make the film Dystopia. We spent thousands of dollars of our own money and were loaned over $150,000 worth of gear by the Missouri Film Alliance of Springfield and private entities to make the film. We were granted generous use of expansive locations and had numerous dedicated fun and talented people volunteer in front of and behind the camera.When it came time to seek distribution we were told time and again by exclusive-contract distributors and sales agents that although they enjoyed the film that they did not want to take it on because they feared it would not sell for the reasons that, 1.) it did not have any celebrity actors and, 2.) it did not have enough nudity/sex and/or violence. Those who have come out to Dystopia screenings (held recently as charitable events) have enjoyed the film without the celebrities or added adult material. We have found it rewarding to see a wide demographic of people from teens to seniors not only attending screenings but coming up after the movie to buy copies of the DVD.A few distributors suggested that the film might have a limited appeal as we released it with the date 2013 in the title, however we have the altered scene one ready to incorporate into the film so that it plays as a straight apocalyptic film after the mythical date of December 21st, 2012 comes and goes.We set forth with distribution through non-exclusive distributor channels to find that although we were still responsible for the marketing/promotion of the film that they took most of the money for hard-copy and VOD sales.And so, we (Zomular Media Group LLC), decided to make this film which we are very proud of, available here, free of charge for the world to enjoy. It is far more important to us that people enjoy our film than to allow and profit motive to limit the availability to anyone who wishes to view the film.Dystopia has been described by some as a Mad Max type of movie while others have described it as a post-modern western film. To me, Dystopia is a commentary on the human characteristics of hope, trust, redemption, loss and the human ability to adapt to the constant change in everyday life. And so, I thank you for taking the time to watch Dystopia and I hope that you, too, enjoy it. Please know that we have a long way to go before we make our money back on this very ambitious project. But if you wish to donate to us for the purpose of helping fund our upcoming films, you can learn more about our projects at Zomular.US or by writing to me directly at zomular@gmail.com. We've got scripts ready to be filmed and we're ready to again share our visions with the world.Additionally, you can get a DVD copy of the film at 2013Movie.com and please please please remember to always support independent film, art, and music. "A culture which does not support independent art is a culture in decline. When we support independent artists we help those creative spirits to reflect the beauty of our world and thus inspire something great and wonderful within the rest of us."-Johnno Zee